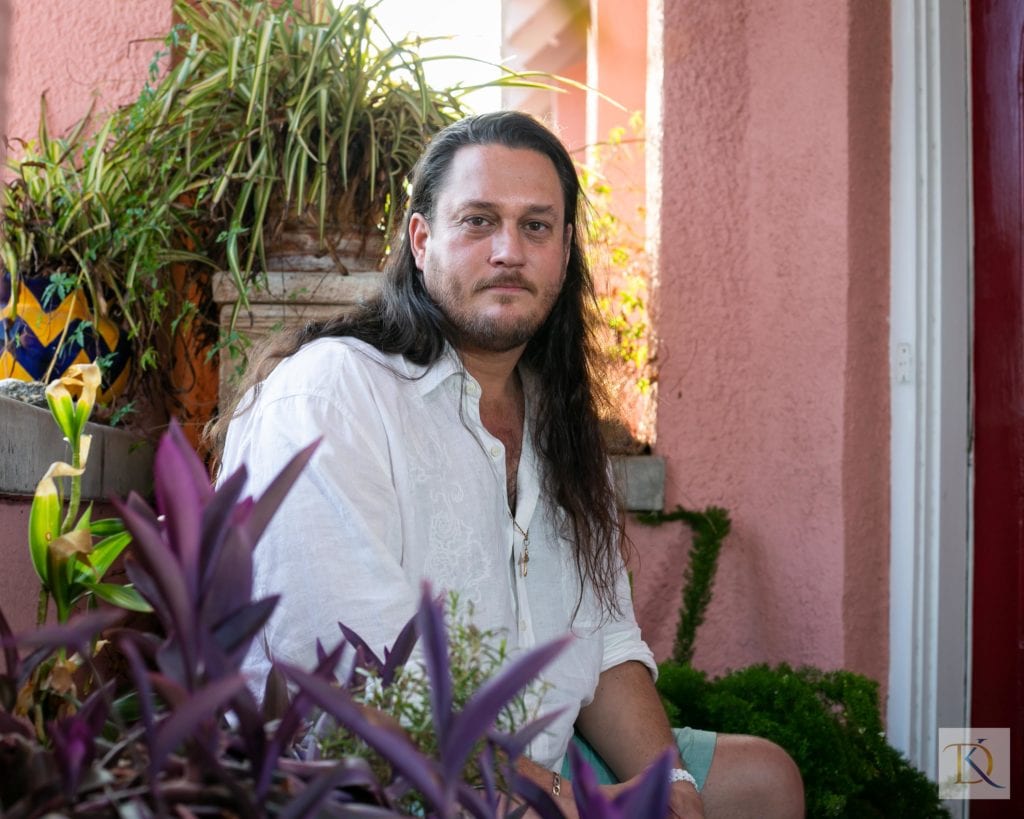 “I used to think I was a super-progressive “woke ally.” I joined a Black book club as a teenager, studied social theory in college, wrote papers on Frantz Fanon and James Baldwin…but then Hurricane Katrina happened and I went to New Orleans as a volunteer to help with rebuilding. My first morning there I opened the curtains in my hotel room and looked down onto streets filled with residents trying to get limited resources in a devastated city, and I had a full-on panic attack as I realized that I didn’t see a single other white person in this massive crowd. Why was I afraid? How could I even have these feelings? What did this mean? Immediately I was filled with shame at my visceral reaction, and that shame forced me to confront the fact that I had deeply internalized racism that I’d never acknowledged, and privilege to which I’d been completely blind — even as an outspoken human rights advocate.

Fast forward and I’d become the stepfather to two Black teenage sons. That changed my entire perspective on both the world and myself. I saw how differently my stepsons were treated almost every day, and they told me about the way they act differently around white people, me included, and how they can feel the white gaze pretty much all the time. My older stepson is the best driver I know, yet every time he would borrow our convertible, he would get pulled over. He even got pulled over by the Border Patrol, which I didn’t even know could happen! He’s a much better driver than I am, yet I never, ever get pulled over. Never. But he got stopped and had the car searched for no reason except for the fact that he’s a young Black man driving a luxury car. It’s heartbreaking — and compounded by the fact that any one of those unjust stops could easily end his life if things go wrong.

This launched me into self-examination about privilege, which in turn led to what will inevitably be a lifelong practice of disentangling myself from my own internalized racism. I used to think I was such an ally, but now I realize that I can’t help but be indoctrinated with racist ideas, thoughts, and blind spots because I’ve been inundated with them my entire life — and that it’s my job to continually examine, confront, and dismantle those.

I do this in lots of ways: podcasts like Code Switch, CTZN Well, Uncivil, and more; books like White Fragility and So You Want To Talk About Race; frank and humble conversations with my BIPOC friends; documentaries; following important accounts on social media; Black journalism; deep dives into Black history; supporting and engaging in Black-led and Black-owned enterprises, etc. I have to keep learning — and unlearning — and the more I do the more I realize how much I’ve taken for granted, how many times I’ve failed to be an ally, how many times I’ve fallen into old tropes like white saviorism or performative allyship, and how I need to keep doing the work. And that work can’t be solely internal or solely external. I have to do both, and be willing to be vulnerable, make mistakes, shut up and listen, and hold myself accountable. This is a life’s work, and I believe it is something we all have to do because we’ve got centuries of white supremacist ideology to deconstruct. We can’t help but be influenced by it, but we can devote ourselves to uprooting systemic racism both in society and in our own hearts and minds.” – Eric Carr