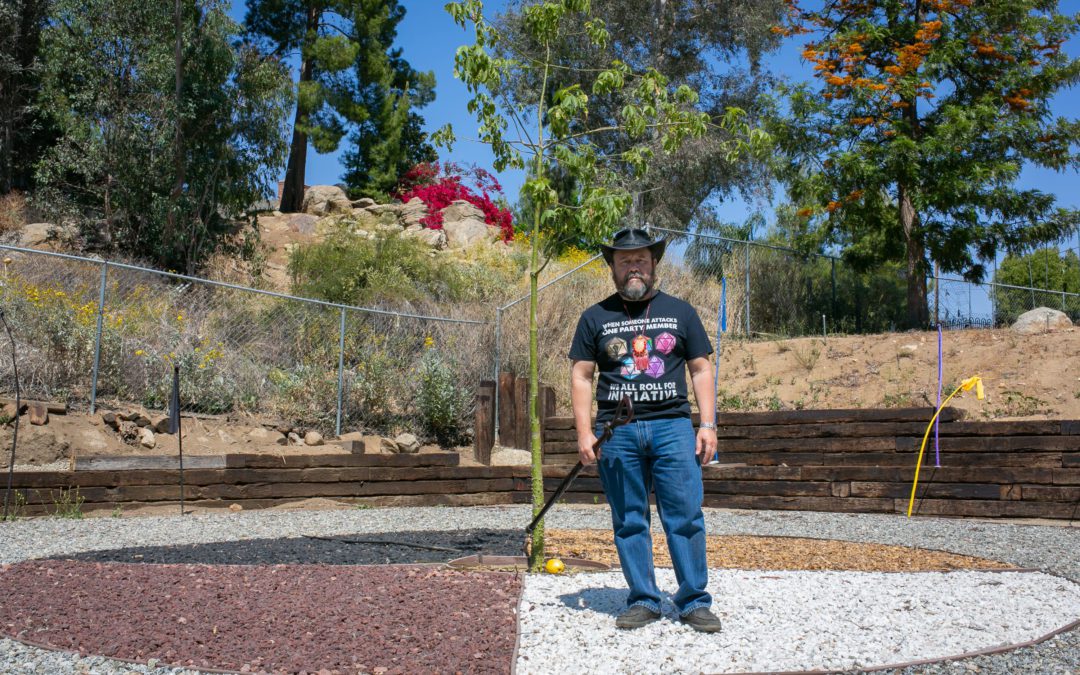 The question of identity, is a very interesting one for me. I have been asked whether I want to be identified as Latino, Hispanic, Salvadorian, American, Mexican American, Chicano, what? And, I have to tell you that I come from the smallest country in the continent, El Salvador. El Salvador has such a diverse mix of racial patterns that you don’t have that many distinct communities. It’s hard to find an African community in El Salvador, because the African genome root has been pretty much spread out almost evenly throughout the population. You find people from Palestine, from Japan, from Korea, from the US, from Germany, from France, from everywhere. The original inhabitants of my land where the Nahua. The Nahua Pipil themselves were immigrants that arrived some 400 years before the Spanish came. The Pipiles had migrated from Mexico and established their community there, in El Salvador. They called the land Cuzcatlán—the Land of the Jewel. When the Spanish came over, they brought natives from Guatemala and Mexico to help them conquer Cuzcatlán. It was not possible to subjugate them, so they created a separate land within El Salvador. The pipiles were running their own government within the country, called a Señorío. But in 1932, the president of El Salvador, General Maximiliano Hernandez Martinez, perpetrated the greatest massacre that we have known in that country, which even to this day it is referred to as La Matanza. He killed, in a matter of a couple of weeks, about 30,000 to 40,000 indigenous people. That level of repression, pain, and genocide, cut deep into the population and the indigenous people stopped showing who they were, the men stopped dressing in their all-white clothes, and the women stop wearing their colorful wipiles; they stopped speaking the language; they stopped teaching the language to the children. Now, there is an effort to speak it again, to learn it, to remember it, because only some of the grandmothers remember it. The grandchildren think that it is a thing for old people, and are ashamed to learn it. The men don’t want to speak it, because the men go out and work with the Mestizo population, the Spanish speakers, the Christian population, and they find themselves discriminated if they were to be thought as indigenous, as Indians. So there are many efforts to teach Nahuatl in the schools, and a lot of the fathers don’t want the children to learn Nahuatl. They want the children to learn Computer Language or English, because that’s the future, they say. Nahuatl is the past; it’s gonna die with the grandmothers. The identity as cuzcatlecos or as pipiles is been forgotten.

I see my skin, whiter than a native, and I know that this color was raped into my ancestors. But I know that I also have in me the gene of the of the invader, the one that came here to conquer, and to oppress. And at some point, this Mestizo population, this mixed race, who were third class citizens at one point became the tools that carried out the oppression and administered the wealth of the white land-owners. During the colony, the class structure was more or less rigid. The European Spanish were the top of the food chain. Then there were the White Spanish who were born in this land, or the Ladinos. They had a lot of the privilege of the Spanish without being able to own the land. And then you had the Indians and the Africans, both enslaved. These two groups had no rights at all. They could be owned, oppressed, exterminated, or converted, which is another form of extermination. And then you had the Mestizos, the children of this encounter between the three races, the Mulato and the Mestizo.

The second-class citizens, who were the white people born in this country, created this independence movement all Latin America, to free the rich land owners of this land from the oppression of Spain and attain the freedom to continue oppressing the races that had no rights to begin with. But it is this Mestizo race, this mix of all things, that were the ones who were here administering, caring for the lands, working the land. . .. well, that was the black, native, and mixed populations. And we were the ones fighting the wars of the land owners. All acts of oppression had been performed by soldiers who were part of the oppressed class, who were part of the indigenous population, who were part of the of the black population, were part of the Mestizo population. All crimes against humanity were perpetrated on behalf of the few rich white families who owned the land.

We are still taught the religion of the invader, as if it was my own. We are brought up by default, as Catholic. If my family is rebellious, they may become Born Again Christians, or any other variant of the imposed religion. There is competition between the Jehovah Witnesses, the Mormons, or any number of US-born religions, to vie for our souls. All the while, the indigenous ones are considered backwards, ignorant, barbarous. It was an insult when I was growing up, to be called Indian, to be native. It is synonymous with stubbornness, with ignorance, with violence, and with lack of intelligence. So, you grew up hating a part of yourself, you grew up ignoring a part of yourselves.

One thing was clear, however, when I was growing up, in terms of identity, is that I was Salvadorian and I was American. Because America, for the entirety of the population of this continent, from Canada, to the tip of Chile in the south, America is the whole continent. It’s only in the US, that America is used to refer only to the people of this country. See, I always thought I was American, because I was from El Salvador, I was from the continent of America, just like a French person, British person and in a Spanish person are going to think of themselves as European. So I was American. Someone from Zambia, Mozambique and South Africa, they are Africans, right? I was American. But I am no longer considered American when I come to the United States.

In 1985 I had to leave my country. The US, under the Reagan administration, was sending the equivalent of $1 million a day to the army of El Salvador to oppress the people because they need to stop the country from becoming communist. That was the aim for the United States. What that meant to me is that many of my friends were killed, kidnapped, tortured, limbs were torn apart. That meant being electrified, getting electrocuted, being persecuted by death squads. It meant losing my family. It meant seeing my father go into exile; then my mother and my brothers. It meant being alone, as I was trying to graduate from school, as I was trying to have one year of college, at least, under my belt before I had to also fall into the violence of the country. It meant losing my best friends, to this violence. It meant many things that had little or nothing to do with the Cold War. The Cold War was a thing here in the US, it was cold in the United States. It was cold in Russia. It was full of lead, fire and blood, everywhere else.

One day, in 1985, when I was 19 years of age, I had to leave the country and come to this country, the United States. And all of a sudden, I was no longer American. I was not considered American. Most people thought I was Mexican. Mexicans knew I was not Mexican. They knew I was Salvadoran too, and for them that meant that I was barbaric, ignorant, the drunk, a womanizer and violent. I can assure you that I have never been a drunk. I lost identity. I did not know what I was.

I did not want to be here. My life belonged in that war torn country. I did not speak this language. I had a life there. I had a destiny. Even if the destiny was to die. I felt free in my country in a way that I never felt here. Yes, it was a military dictatorship. Yes, my life was likely to end, either by the government or by street gang violence. And yet, under all that military restriction, under months without potable water, under the threat of earthquakes, and war, not being able to go out at night, because there was a martial law in the country, something of my spirit felt free. Because I had a life and an identity. And here, I have lost that. What was I? They were calling me Hispanic back then, a decision of the Reagan administration. But Hispanic to me, I know enough Latin to know that Hispanic meant the countries that came from the Hispanic peninsula, from Spain. And, to be Latino meant that I was a descendant of those countries that emerged after Rome broke apart. So anybody coming from Italy, Spain, Portugal, or France, were Latinos. Latin America, they said, not Native America, not America, not the mix of chaos and encounters sui generis that this America was. It was not Cuzcatlan, not Turtle Island, not even simply American. I had to be Latin American, or Hispanic and I was neither. What was I?

I am the people but I am also all those other things and the things that have been denied and the things that have been erased. I am those things. I am the forgetfulness of my people. I am the oppressor and the oppressed. I am the history that remains untold. What I am then, other than one of the people, other than a walker in the Red path, is a palimpsest. The palimpsest! The old document that has been erased and rewritten many times, its words faded, find themselves mixed with other words and other designs and other drawings from long ago—a stain here, a scratch there. And what has been erased re-emerges with a turn of the light, with a twist of the paper.

I am a palimpsest.

I am not a simple mix of races. I am not Latino. I am not Hispanic. I am not Brown. I am not my color. I am not even my tradition. For my traditions were imposed on my ancestors. I am the forgotten things. I am the things that emerge, here buried inside my throat. And they rise and emerge and appear to just take a glimpse through my eyes for a moment, to then be gone before they can become thought. I am my PTSD. I am my rage. I am my love and my poetry. I am everything that has been done to me and mine. I am what has been forgotten. I’m a palimpsest; one of the people of the Red.

Aho Mitakuye Oyasin (To all my relations.)